What is an offshore tax number? What is a tax resident? What is the relationship between tax ID and overseas bank account opening? How to avoid tax and legally avoid automatic information exchange between CRS and financial account

Overseas bank account opening and offshore tax number, how to avoid the exchange of CRS and financial account information when holding a second country passport to open an account abroad

After the outbreak of Wuhan pneumonia (new crown pneumonia, international scientific name Coronavirus) in Wuhan this year, more and more people are concerned about the news of offshore asset allocation,How to transfer domestic assets to overseas bank account after realizing, More people think of the CRS and the automatic exchange of financial account information regulations, in the end what is safe? Banks use ID cards and passports to judge? Where is the address? What is Tax Indentification Number again?

Previous article I posted:Practical use of two countries passports to protect overseas assetsFor the first timeHaving the Dominica passportThe principle of legal tax avoidance is open, and many people want to implement it themselves after they have it, but most people still think that buying a copyCommonwealth of Dominica, orSt Kitts and Nevis, Or Vanuatu passport (orThe citizenship citizenship project that is still open for investment, Such as Montenegro, Moldova, Cyprus, Antigua, Grenada, Turkey, Saint Lucia, Malta passports,Read the relevant comparison here), go directly with the passport of the second countryset up an accountNo problem, I later wrote a more advanced article:Are you doing correctly to relocate assets to overseas?I found that everyone does not understand what the tax number is? What is the problem with opening a passport directly?

Services after naturalization in Dominica

according toOECDIn the CRS agreement, financial institutionsAccount transparencywithCombating tax evasion, Each country must do its best to maintain account transparency, the primary goal is to understand the tax resident of the country to which the account holder belongs,Therefore, one cannot use a passport to judge the tax liability of an account opener, and must use a skeptical attitude to check the authenticity of his information, source of funds, and tax resident status, And the key identity is the tax identification number (TIN, Tax Identification Number) 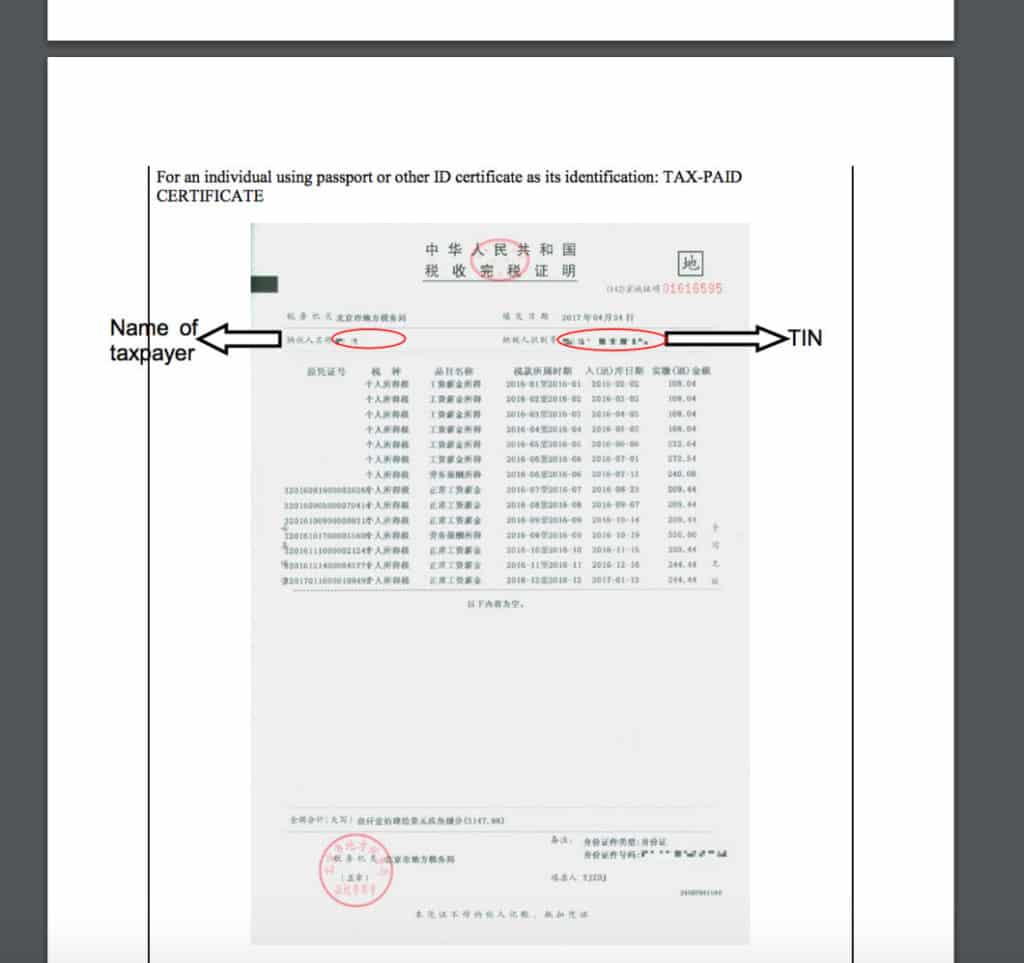 OECD (Economic Cooperation and Development Organization)Published two guidelines to financial institutions around the world,(1) How to determine Chinese tax payment obligations, or(2) How to find out the Chinese tax identification number

Tax ID, English is Tax Identification Number, the translation is the tax identification number, according toOECDIt is stipulated that people who hold any passport in the world must submit a TIN when opening a bank account. If they did not fill in the TIN before, or the bank manager suspects that you have changed your nationality or tax, you will also be asked to update the information.

Pay taxes, pay taxes, pay taxes, but once you fall into the status of a Chinese tax resident, you become the target of global taxation in China, which means that your bank account is useless even if you use other nationalities to open an account.People who transfer assets overseas, You expose yourself to three risks: 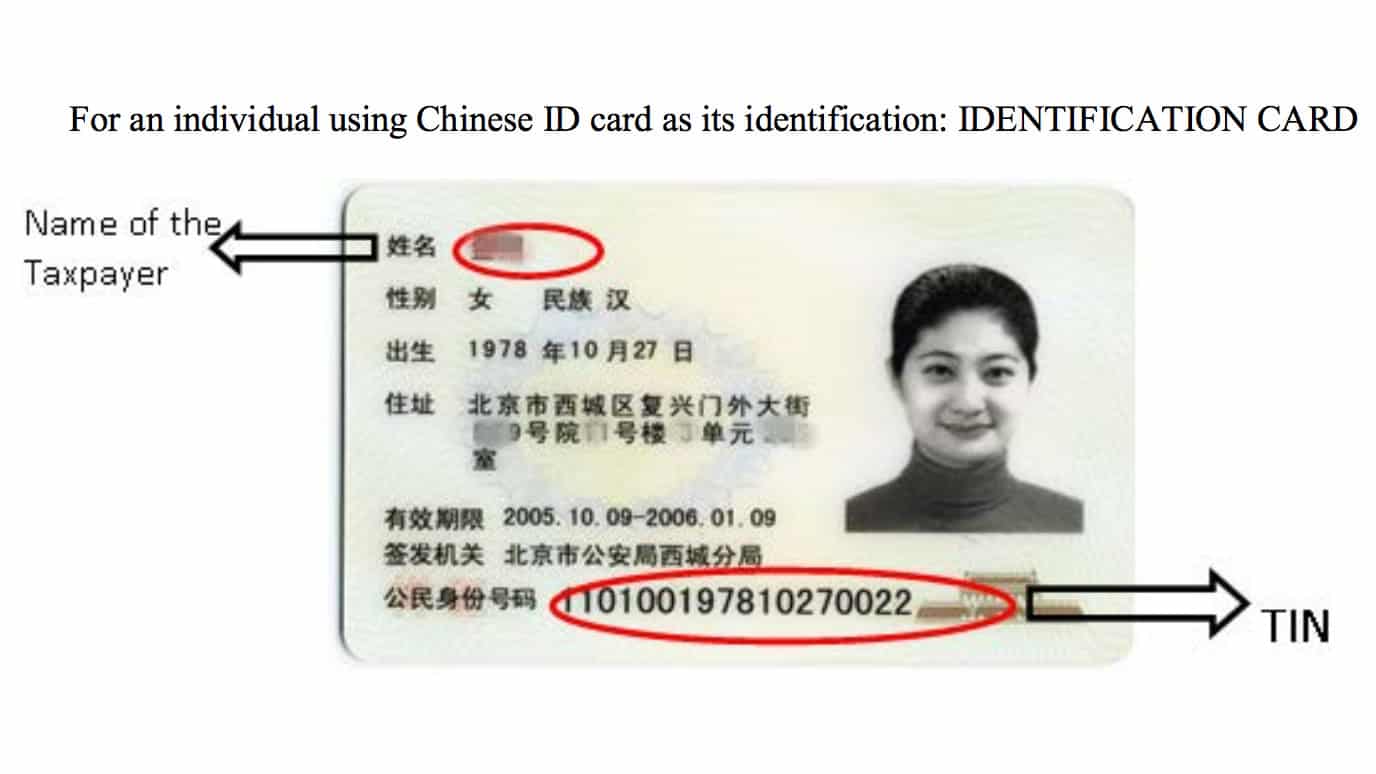 For Chinese tax residents with financial accounts in OECD member countries, account information will be automatically exchanged back to the China Taxation Bureau.The Chinese tax ID is the number on the ID card.

Hong Kong tax residents with financial accounts in OECD member countries, account information will be automatically exchanged back to the Hong Kong Taxation Bureau.The tax number of a Hong Kong resident is the number on the Hong Kong identity card.

Citizens who hold Taiwanese household registration are registered at least once a year, or individuals who have lived for 183 days in a tax year are tax resident individuals, and income obtained in and outside Taiwan is subject to personal income tax in accordance with regulations.

Taiwan is not a member of the CRS and currently only signs financial account automatic exchange agreements with Japan.

Individuals who have domicile in Japan or who have lived for more than one year are tax resident individuals. Income earned in and outside Japan is subject to personal income tax in accordance with regulations.

For Japanese tax residents who have financial accounts in OECD member countries, account information will be automatically exchanged back to the Japanese Taxation Office.The Japanese tax number is a 12-digit number.

Dual nationality can enjoy the benefits and privileges provided by each country. For example, you can use two social service systems, you can vote in any country, and you can run for public office in the two countries according to the law, you can work in any country without a work permit or visa, and you can use the cost of citizen tuition. Go to school in any country.
Another advantage of dual nationality is the ability to own property in two countries. Some countries only restrict land ownership to citizens. As a legal citizen of two countries, you can purchase real estate in one or two countries. This may be particularly useful if you travel frequently between the two countries, because property ownership may provide a more economical way to live in two places.

Globally taxed countries impose taxes on their citizens and tax residents on income earned anywhere in the world. In the case of tax numbers with two nationalities at the same time, even if you are a citizen of dual nationality living abroad, you may owe taxes to two countries at the same time, but if the income tax treaties are signed between the two countries, these treaties are reduced Or eliminated the tax liability of one of the places. For example, the treaty between the United States and New Zealand takes precedence over the income tax laws of each country to avoid double taxation. Even so, according to the CRS agreement, your bank account may be transparent. In these two countries, citizens of dual nationality may also need to submit tax returns. Because the tax laws are complex and change every year, you may accidentally fall into tax evasion. Bring a fine of not small amount.

Tax payment is a duty that citizens should perform due diligence. China officially became a global tax country on January 1, 2019. In the documents published by CRS, the tax number of Chinese citizens is different from other Western countries. Financial institutions can Directly register the ID number as a tax number to complete the matching of automatic account information exchange. In 2020, the world will be full of industrial shocks and temporary economic recession caused by the epidemic (Coronavirus, new pneumonia, or Wuhan pneumonia). China and the United States are trading The long-term negotiations still damaged the economies of the two countries. It is not difficult to predict that the government will need greater financial revenue to stabilize the country's development. After the epidemic has stabilized, it will strengthen offshoreBank accountSurvey may be the next important task.

It’s expensive to get an identity, but it’s more expensive if you don’t

Obtaining a passport for one hundred thousand dollars is an easy expense for many people, but the proportion of purely visa-free travel has gradually decreased, and visa application is no longer difficult for large cities; The reason for having multiple passports is for offshore asset planning, overseas bank account opening, and avoid catastrophic risks.

Want to buy a passport? Be careful with this Caribbean passport

"Buy a passport" 2022 The answer you most want to know is here, "Should I change my name?" "Should I prepare an overseas bank account?" "Should I invest in real estate?" "When is the best time for naturalization?"

Why is it safe to invest in citizenship programs? Solve your problem? Legal investment to obtain citizenship application passport

How to apply for naturalization remotely? Successfully obtain a second nationality legally

© 2022 — BPROL.COM All rights reserved
Established in EUROPE AND CARIBBEAN.