How much does St. Kitts, Dominica, Turkey cost? The three strongest one step in place, passport cost, investment, donation, buying a house, obtaining identity and nationality advantages, a complete comparison

Caribbean CommonwealthDominica's Citizenship by Investment Program(Commonwealth of Dominica) andSaint Kitts and Nevis(Saint Kitts and Nevis, abbreviatedSt. Gorgon) And the border between Europe and AsiaTurkeyAll provide legal and fast naturalization to overseas investors, and applicants can obtain passports in one step through other methods such as real estate or investment. What kind of people are these three projects suitable for?

Why choose the citizenship plan?

One of the main reasons why people hope to obtain a second passport through investment is that they can make themselves no longer dependent on one country. Most people are only professionals in their fields and understand the diversification of financial investment from markets, asset classes and industries, but many people will not take their political risks into consideration to avoid spreading outside their current jurisdictions. The second passport can provide economic and political diversification advantages and is an ultimate emergency backup solution.Obtaining a second country passport through investment can make international travel more convenient. You can visit other countries without applying for a tourist visa in advance, and strengthen international mobility.

Saint Kitts and Nevis(Saint Kitts and Nevis, abbreviatedSt. Gorgon) In 1983, it separated from the United Kingdom and became an independent country. In 1984, it launched the citizenship by investment program and became the first country in the Caribbean to sell passports. The St. Kitts passport is also the passport with the most visa-free countries among the Caribbean countries that provide fast naturalization.

Dominica launched the citizenship by investment program in 1993. According to the law, foreigners who contribute financially to the country’s development can obtain Dominica citizenship. With economic contribution, Dominica will provide permanent and complete citizenship to investors and their families. This plan has been implemented for nearly 30 years. In 2016, the current Prime Minister Roosevelt Skerrit proposed to allow foreigners to invest in government-approved hotel projects to obtain citizenship. The Dominica Passport Program has been named for four consecutive yearsThe world's firstOf citizenship plans (2018, 2019, 2020 and 2021).

Turkey launched the citizenship by investment program in 2016. At that time, one million (1,000,000) dollars in real estate investment can get a green card, and five years later, citizenship can get a passport. Now the Turkish passport has lowered the threshold, as long as the purchase of real estate worth 250,000 US dollars You can apply for a Turkish passport immediately.

Park Hyatt St. Kitts is a five-star luxury resort that opened on November 1, 2017. The resort was developed by the American brand Park Hyatt Hotels. The resort was rated as one of the best hotels in the Caribbean in 2018 by CNN. The minimum investment required is US$220,000 for a joint purchase of 50% For units, the mandatory holding period is 7 years, or the investment of USD 430,000, the mandatory holding period is 5 years.

The Commonwealth of Dominica, the Commonwealth of Dominica in the Caribbean, has been named for four consecutive yearsThe world's firstThe citizenship plan (2018, 2019, 2020, and 2021) of the citizenship program (2018, 2019, 2020 and 2021), the current Prime Minister Roosevelt Skerrit (Roosevelt Skerrit) proposed to allow foreigners to invest in government-approved hotel projects to obtain citizenship since 2016. Dominica has three major hotel projects, Cabrits Resort & Spa Kempinski Dominica, Secret Bay, and Tranquility Beach Resort- CURIO Collection by Hilton. The Dominica Hilton Hotel has infused the well-known tranquil beach with the Hilton Hotel’s characteristic luxury series. Construction began in 2019. The Dominica Hilton Hotel project has won the approval of the Prime Minister Roosevelt Skerrit and the Director of Investment Immigration (Emmanuel Nanthan) as soon as it was launched. It attaches great importance to it and has repeatedly attended and supported events held in Dubai. Investors and their families, including parents, grandparents, spouses, children, unmarried siblings, can obtain permanent citizenship of Dominica.

Turkey allows applicants to choose any target on the market by themselves, and there is no restriction to only invest in government-supervised projects: 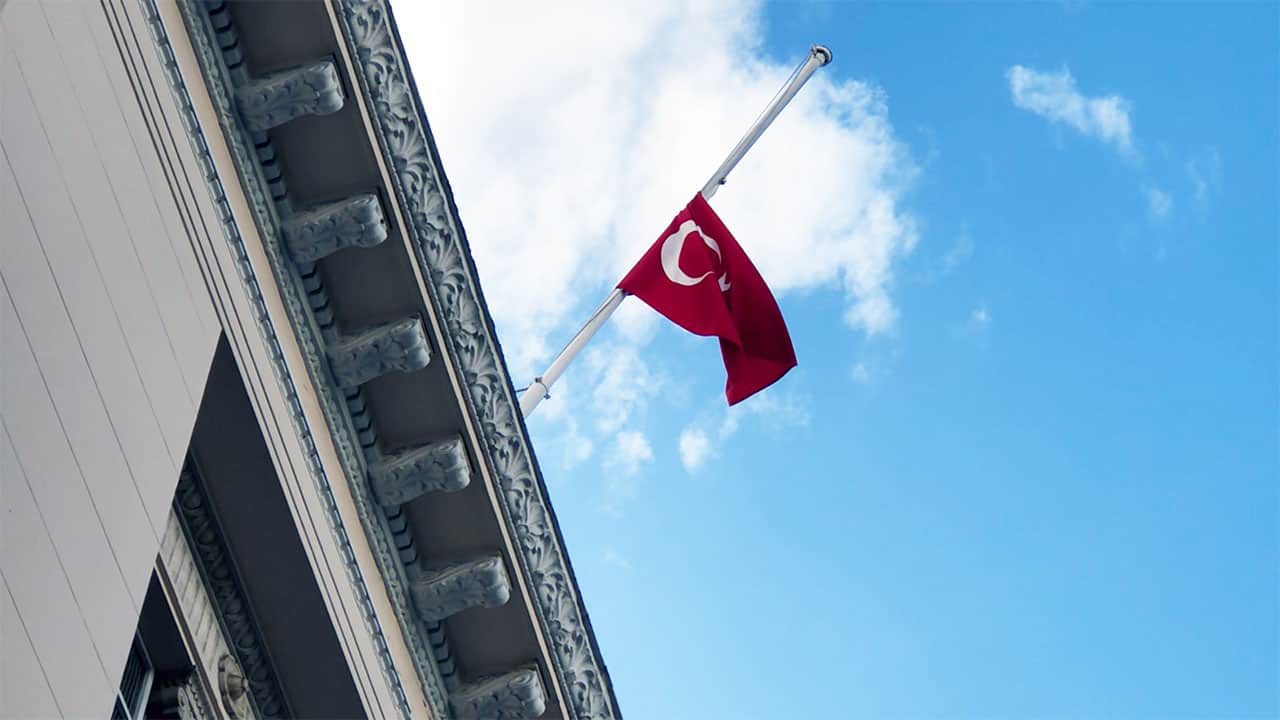 Because Saint Kitts and Dominica are both countries of the Commonwealth, they are exempted from visas for 180 days in the UK, Is also a contracting country for Schengen visas, so visa-free travel to Schengen countries, Turkey to the United Kingdom and European Schengen countries require a visa, in addition St. Kitts and Dominica to Russia exempt visa for 30 days, Turkey requires a visa, but a Turkish passport Visa-free travel to Japan, Paraguay, South Africa and Thailand. St. Kitts and Dominica all need visas to go to these four countries.Dominica passports can be traveled to 160 countries without visas, landing visas, and online visas. In this article

Obtain a U.S. B1/B2 visa (ten-year visa) for passport holders, regardless of Dominica passport, Caribbean country passport (Grenada, Saint Kitts, Saint Lucia), Turkey, any one-step passport, or Chinese passport , At least five to ten visa-free countries will be added. You can refer to the following articles:

Saint Kitts passports have 17 more color-signing countries than Dominica passports, but Saint Kitts passports are free in South America and some small countries, except for Albania in Europe, Chile, and Argentina. Passports are required to go to China, Japan, and the United States; Australia is also signed online. If you consider to apply for a U.S. visa, after getting a U.S. visa, the Dominica passports of these three countries can also directly enter visa-free entry

Turkish passports have no advantage in traveling to Europe, Britain and Schengen countries

Obtaining St. Kitts and Dominica passports must first formally legalize naturalization to become a citizen of the country, and then apply for a passport as a citizen, so government fees are your fixed costs, and usually overseas lawyer fees are difficult to reduce. It is recommended to be cautious in the country. Choose an immigration agency and avoid intermediaries increasing fees through various reasons; if you have a familiar official channel for overseas lawyers, you may be able to save 10,000 US dollars in fees. If you understand English, you can even save another 5,000 US dollars, depending on you. Service content agreed with immigration agencies and lawyers.

Who is suitable for the St. Kitts passport project

As the "platinum standard" for citizenship by investment, the Saint Kitts and Nevis citizenship program is one of the most trustworthy and successful of its kind. The program was established in 1984 and provides fast-track access to obtain a second passport in just 2-3 months, and provides an accelerated application process of 45-60 days, but requires an additional fee (the main applicant pays an additional 25,000 U.S. dollars, 20,000 U.S. dollars per dependent applicant). The St. Kitts passport allows the holder to travel to the European Union and the United Kingdom visa-free, thereby enhancing your travel mobility.

Who is suitable for the Dominica passport project

Dominica passport(Dominica Passport) program has won the best reputation in the world, in the passport comparisonmandatory travel or residence,Minimum investment outlay (Minimum investment outlay),ease of processing,Due diligence,Family friendly (Family),Six items of Project Stability (Certainty of Product)With a full score of 10, the main advantages of Dominica citizenship include: dual citizenship, multiple tax benefits, including income tax exemption, foreign income, and capital gains tax exemption. No need to obtain a residence permit to obtain a passport, a legal and clean tax residency status, the most suitable citizenship for long-term planning.

Dominica’s offshore citizenship can beVisa-free visa-on-arrival travel to 150 countries, Apply for an international driver’s license, full tax resident, andOpen an overseas account, Register offshore company shareholders, orUpgraded Dominica Immigration to Europe, Be legalConfigure assets to avoid CRSDominica citizenship is not only a visa-free benefit in passports, because applicants are given full citizenship and there are many services to apply for after naturalization.

Who is suitable for the Turkish passport program

Turkish passport(Turkish Passport)Those who can go to 72 destinations freely do not need a certificate at all, including:South Korea,Singapore, Hong Kong, South Africa,Japan. As a G20 country that provides a fast passport naturalization program, Turkey has reduced the application procedures to only need identification and birth certificate information to apply for naturalization, which is quite convenient for people who have money but cannot provide sensitive information. (Iran, Iraq, Russia, Saudi Arabia, Yemen, Afghanistan, Syria, Palestine, Jordan accounted for nearly 90%)

The Turkish Citizenship Naturalization Program is the only naturalization program that is relatively close to Asia and has residential attributes. Having Turkish citizenship means that you will not be restricted to live and work in Turkey. Spouses and minor children can also be naturalized to enjoy citizenship benefits.

Want to buy a passport? Be careful with this Caribbean passport

Why is it safe to invest in citizenship programs? Solve your problem? Legal investment to obtain citizenship application passport

Your email is safe with us.

© 2021 — BPROL.COM All rights reserved
Created in EUROPE AND CARIBBEAN.